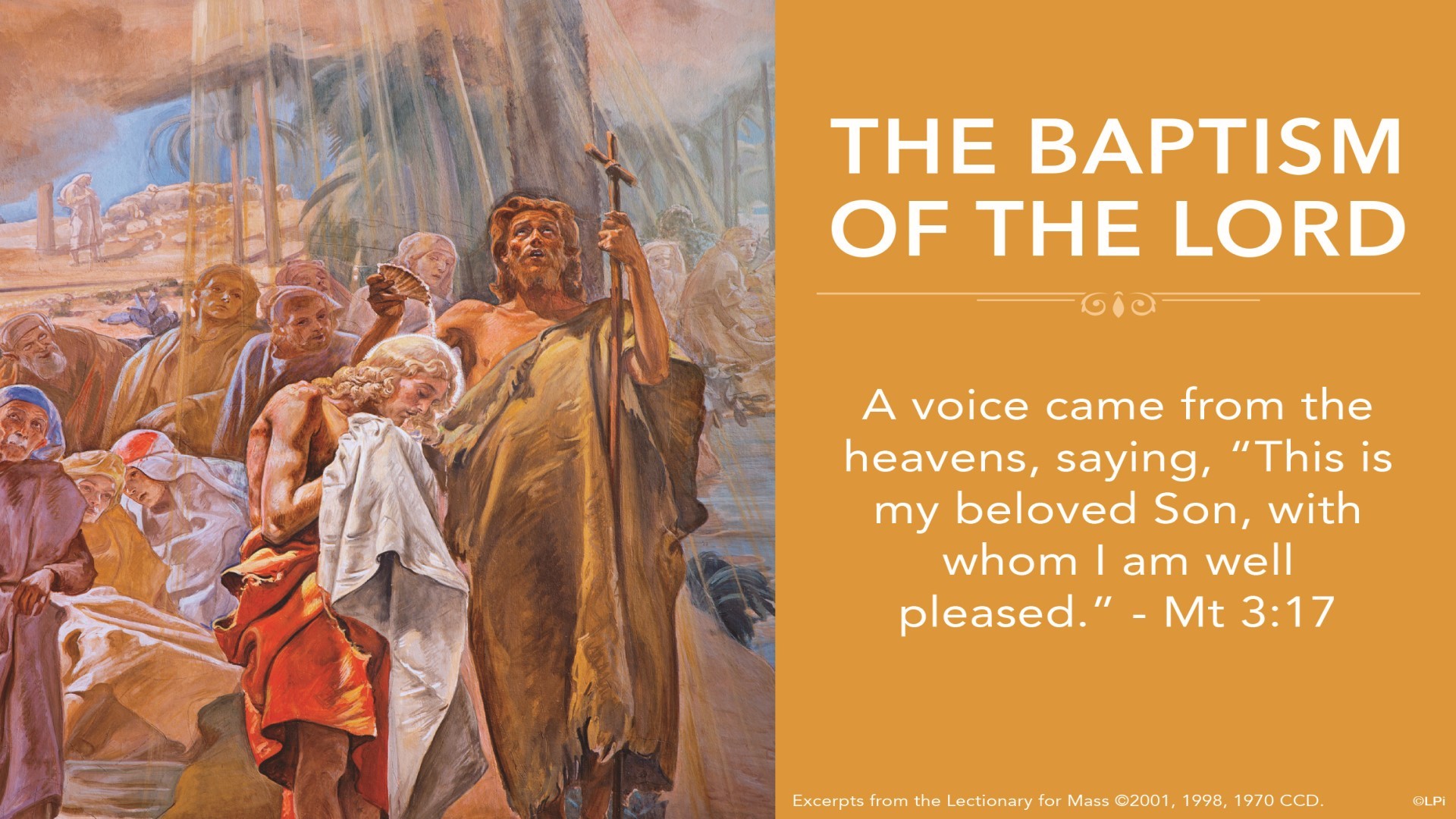 In today’s gospel passage, we read the magnificent story about the birth of John the Baptist. On her due date, Elizabeth gave birth to a baby boy as already foretold and announced by the angel. Relatives, neighbors and friends were very happy for her and her husband. The one who was hitherto called barren was now with child. What a marvelous thing the Lord had done for them. In the Jewish cultural context and traditions, family members, friends and relatives gather on the eight day for the naming ceremony of a baby as was prescribed in the Book of Moses. Rite of circumcision of a baby was an important ceremony and event to every Jewish family. God Himself commanded circumcision when He was beginning to form His holy nation (Genesis 17: 4-14), and He reaffirmed it through Moses (Leviticus 12: 1-3). The circumcision ceremony was a time of joy when friends and family members celebrated the baby’s rite of becoming part of God’s covenant nation. Family lines and family names were important to the Jews. The people naturally assumed the child would be named after his father Zachariah or one of their relatives. After the circumcision of the baby, the mother Elizabeth insisted that he will be called John, a name which literally means— “the Lord is gracious.” Since there was no one in the family or even neighborhood who answered such a name, the relatives motioned to his father Zachariah to name the child Because he was dumb and perhaps deaf, they gave him writing materials to put the boy’s name in writing. At this moment, Zachariah approved the name by writing, “His name is John.” As a result of this perfect obedience to the will of God, his speech was restored, and he began to speak. Thereafter, he loudly professed his song of praises to God for His benevolence and love—praising God for blessing him with a son and for blessing His people Israel with a deliverer whose herald his son would be. Those who were there for the naming ceremony were filled with wonder and continued to contemplate the meaning of this marvelous event: "What then, will this child be? Fir surely the hand of God was with him."

Dear Friends, as we face God this day, let us learn to listen to the voice of God as He speaks to us every day—in His words, sacraments and the daily events of our lives. May we be conscious of the fact that our God is nearer to every one of us more than we are to each other. So, let us give Him all our time and attention as He seeks to draw us closer to Himself. Let us begin to see the hand of God in the ordinary and extraordinary events of our lives. Because the universe and all therein belongs to God and nothing happens without the permission of God. He knows where we are in our faith journey, He knows our struggles, trials and tribulations, challenges and worries and all kinds of things that tend to weigh us down. Pick up courage today and listen to His voice always as He seeks to direct our actions, thoughts, and emotions towards His holy will. But we must trust Him with an unshakable faith. Above all, we should have the courage of our Christian convictions just as John the Baptist did because it is only through our transparent Christian way of living that we can truly become heralds of Jesus Christ in our world today.

God loves you and so do I.

Sharing the sorrow of chemotherapy—an 11-year-old boy with cancer lost all the hair on his head as a result of chemotherapy treatment. When the time came for him to return to school, he and his parents experimented with hats, wigs, and bandanas to try to conceal his baldness. They finally settled on a baseball cap, but the boy still feared the taunts he would receive for looking "different." Mustering up courage, he went to school wearing his cap - and discovered to his great surprise that all his friends had shaved their heads to share their solidarity with their friend. It was their way of expressing their love and sympathy. No wonder God became man to express His love for mankind!

Matthew’s gospel begins with the story of the genealogy of Jesus and traces it back to Abraham—our Father in Faith. Luke traced his own genealogy to Adam our first parent, but John traced his own genealogy to God Himself. John reveals the theology of Christmas to eternity—the eternal beginnings. While the gospel selections that were read for the Vigil, Midnight and Dawn Masses describe the history of Christmas, the gospel for the Mass of the Day taken from John’s gospel takes our minds out of history into the realm of mystery—His wonderful name is the Word. The Baby in the manger is the Word of God. The Word through whom the universe was created. Jesus Christ is the Word which at the appointed and appropriate time became Human (Galatians 4: 4)—A Man like us in all things but sin.

In today’s first reading we hear of the promise and assurance that was given to the Jewish people who were languishing in exile in Babylon after the Babylonian conquest. God will certainly restore them back to the Promised Land. In like manner, Jesus Christ is the King of kings and Lord of lords and He will restore the entire creation to the Kingdom of God. In the second reading, the author of the Letter to the Hebrews reminds us that God spoke to us in the past through prophets, but in this time He has chosen to send us His Son so that He might demonstrate to us and the entire humanity by His life, death and resurrection the true nature of God. In today’s gospel passage, St John introduces the birth of Christ as the dawning of the Light who will remove the darkness of evil from the world. John shows us that Jesus is unique as God’s special Son, yet He is fully God. And because He is fully God, He can reveal God to us clearly and accurately.

Dear Friends, as we face God this day, let us remember that there is no room in the manger except for Jesus and us. There is no room in the manger for the baggage we carry around with us. No room for our pious pride, selfishness and self-righteousness. No room for our human power, arrogance and prestige. No room for the baggage of past failures, unresolved issues and un-forgiven sins. No room for prejudice, bigotry, hate and pride. No room for bitterness, greed, gossip, jealousy, acrimony and animosity. There is no room in the manger for anything other than the absolute reality of who and what we really are—very human, very real, very fragile, very vulnerable human beings who desperately need the gift of love and grace which God so lavishly gives us through the Sacraments, through the Sacred Scriptures and through our prayers. Do you ever feel that your life is too complex for God to understand? Remember that God created the entire universe out of nothing, and nothing is too difficult for Him. God created you. He is still alive today and His love is bigger than any problems you may be facing.

Merry Christmas to you my friends

God loves you and so do I

A day after Christmas, the Church celebrates the feast of St Stephen who was one of the seven men selected and ordained as deacons in the early Church. He was a zealous Greek convert from Judaism to Christianity. They were assigned with the duty of distributing food to early Christian believers making sure that all especially the poor and widows were not neglected. The apostles needed to focus on preaching the gospel message, so they chose these seven men to help administer food program. Obviously, this administrative task was not easy hence the requirements enlisted in selecting the men who will handle this included the following: men full of the Holy Spirit and wisdom. People who carry heavy responsibilities and work closely with others should have these qualities. We must therefore look for spirit-filled, mature and wise men and women to lead various positions in our Churches. This certainly is very important especially in our age and time. In the course of his duties, St Stephen was wrongly accused by the Freedmen—a group of Jewish slaves who were released by the Roman Government and who had formed their own assembly in Jerusalem.  They lied against Stephen and caused him to be arrested and arraigned before the highest Jewish Council—the Sanhedrin. They accused him of blaspheming against God and Moses. In his defense speech in the presence of the Sanhedrin, Stephen eloquently defended his belief in Jesus Christ as the promised Messiah and accused the Jews of unbelief. He explained that the sacrificial laws given by Moses were only temporary. The prejudiced Council unjustly condemned Stephen to death by stoning and guess who was at the center of this case—Saul who later became Paul.

Dear Friends, as we face God this day, let us like St Stephen be ready and willing to eloquently and bravely bear witness to Christ especially when our faith and its practices are challenged by the ungodly. When we witness to Christ, we do not need to be defensive or mute. We should see the occasion as an opportunity to share our faith with others—an occasion to share the goodness of the Lord in our lives. From St Stephen’s life and ministry, we learn that the most important prerequisite for any kind of Christian service and ministry is to be filled with faith and the power of the Holy Spirit. It was through the power of the Holy Spirit that St Stephen became a wise servant, a miracle worker, and a preacher. By that same power of the Holy Spirit we can always exercise the same power and gift that God has given to us. Today, we learn some positive lessons from the life of St. Stephen. We learn that striving for excellence in small assignments prepares one for greater responsibilities. We also learn that real understanding of God always leads to practical and compassionate attitude and action towards other people.

God loves you and so do I.